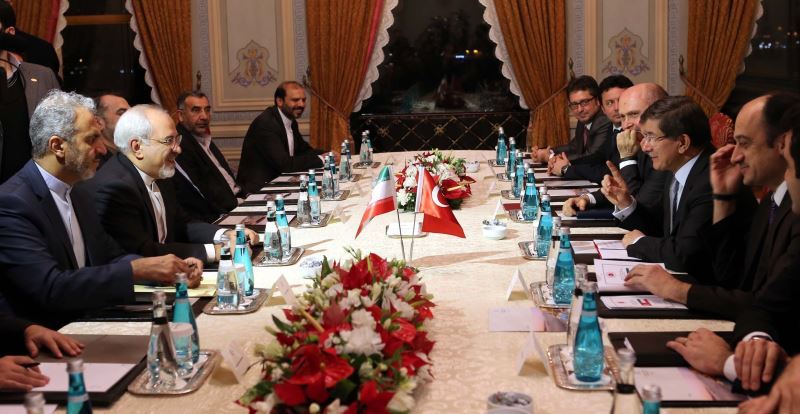 Economy was a pillar for interstate relations that evolved afterwards into integration projects unifying neighboring countries’ interests, visions and policies. This was the case with the European Union, the NAFTA, MERCOSUR, BRICS and other mutlilateral paltforms of cooperation that were multiplied at the end of the 20th century. Ernest Haas, one of the major scholars in economic interdependence studies, underlined economy’s importance in creating areas of common interests based on economic cooperation that spills over to other domains of interaction like administration, politics and culture. Also stakeholders beyond the official level become involved in interstate interactions and develop further interest-based ties on the public level that consolidates states’ relations. This functionalist approach supports the liberal assumption about direct cause-effect relation between economic exchange and peaceful interstate interactions. By examining the Turkish and the Iranian examples, the study sheds light on how economy would lead to the development of a diversified regional diplomacy and a limited and antagonist regional deployment respectively.

Economy was an influential tool in the formulation of both countries’ foreign policies but was differently manifested in their regional diplomacy and roles. In Turkey, the Justice and Development Party used liberal economy not only to anchor its position vis-a-vis the state establishment but also to develop an active regional role in the neighborhood. However, Iran’s rentier-based and autarcic economy led to the development of a resistant and anti-Western diplomacy that consists of addressing alike states and actors. While Turkey had a diversified diplomatic agenda with various partners, Iran developed relations with parochial groups as well as anti-Western and nationalist states to break up its isolation and consolidate its ruling system.

Since the arrival of the Justice and Development Party (AKP) to power, scholars underlined Turkey’s economic success on the national and foreign levels. They emphasized the centrality of the economic factor in empowering the AKP’s position vis-a-vis the state establishment in the late 90s and the beginning of the 2000s. By emphasizing economy during 2002 parliamentary elections, the AKP, having a conservative and Islamic background, manifested a moderate and westernized perspective that combined both modernity and conservatism and rallied supporters from various political orientations.

Although economic recovery started under the rule of the Socialist Democratic Party (DSP) with Kemal Dervis’s initiative, the AKP’s reliance on a conservative business constituency, the Anatolian Tigers who owned small and medium-size businesses in Central Anatolia, entrenched the economic factor as major axis in Turkey’s foreign policy. The AKP embarked on an active vision of economic interdependence that was one of the major five pillars of Turkey’s foreign policy since 2002. Accordingly, the party developed a multidimensional, rhythmic and equidistant policy advocating for zero problems with neighbors and common interests based on the intensification of economic exchange. Turkey adopted an active and diversified diplomacy in the Middle East, Central and Southeast Asia, South America, Africa and Europe based on the development of economic relations, the signature of free trade treaties and the release of visa requirements between countries for facilitating economic exchange. The AKP business-oriented diplomacy enabled Turkey to develop a visible and diversified foreign policy that doesn’t prioritize a particular partner but looks for creating ties and links with all countries.

On the other hand, the non-diversified structure of Iran’s economy, which relies on the exportation of raw oil and natural gas, consolidated the ruling elite’s authoritarian practice and limited its foreign policy to an anti-Western and radical diplomacy. The regime’s radical religious view and anti-Western rhetoric led to the formulation of an ideology-based foreign policy that aims to ensure the new regime’s legitimacy by allying with anti-American countries like Russia and Syria as well as other radical shii Islamic groups like Hizbullah in Lebanon and El Sadr militia in Iraq after 2003.

Turkey’s foreign policy was visible in the Middle East, especially among immediate neighbors like Syria and Iraq. Not only economic exchange took place between Turkey and its Arab partners but also private economic investment and border trade flourished among traders and investors from both sides. Through economic relations, disputes over Tigris and Euphrates’ water repartition and territorial claims over Hatay and Mosul were overcome through the development of areas of mutual interests based on economic exchange.

Turkey’s possession of a favorable trade balance empowered its presence during regional crises. For example, during Iraq invasion, Turkey was the US strategic partner in light of its strong economic relations with Iraq. The AKP was in the pre-invasion negotiations, gathered Iraq’s neighbors in a multilateral platform for managing regional stability partners and contributed with security forces in northern Iraq. In light of its weak and autarcic economy, the Syrian regime launched an economic openness that found in Turkey an important supportive partner. By multiplying economic exchanges with Syria, Turkey integrated Syria in the international community by emphasizing it as a potential friend of the West. The increase of bilateral trade and the release of visa requirement between both countries favored the establishment of permanent political dialogue. Turkey mediated between Syria and Israel, empowered the former in peace talks and incited the Syrian regime to carry out political liberalization, release political prisonners and withdraw its forces from Lebanon.

In spite of the Turkish-Syrian tough relations since 2011, Turkey has a visible regional role. In light of the cross-border factor that mainly consisted of the facilitation of economic relations, Syrian refugees flows across borders to many Turkish cities and the AKP becomes a major ally for the NATO and Gulf countries in managing the Syrian crisis, notably with the emergence of ISIS. Turkey alongside Qatar, Saudi Arabia and the US provides logistical and financial support to the Syrian Free Army and the opposition.

In contrast, Iran had a limited regional role in light of imposed international sanctions and its Islamic anti-Western regime. Its dependence on gas and oil exportation and elite resilience towards the West with regard to its nuclear program till mid 2015 limited its diplomacy to the axis of resistance that is mostly constituted of Syria, Iraq shii government and militias like El Sadr and Hezbollah. This attitude exacerbated its neighbors’ suspicion, notably Gulf countries. Its development of an ideological-based foreign policy lacks pragmatism, increases its regional isolation and limits its role in the region.

Lecturer at the Faculty of Economics and Political Sciences, Cairo University

Turkey and Gulf Countries Positions towards the Syrian Conflict