Economic Reforms in the Gulf: The Curse of Oil 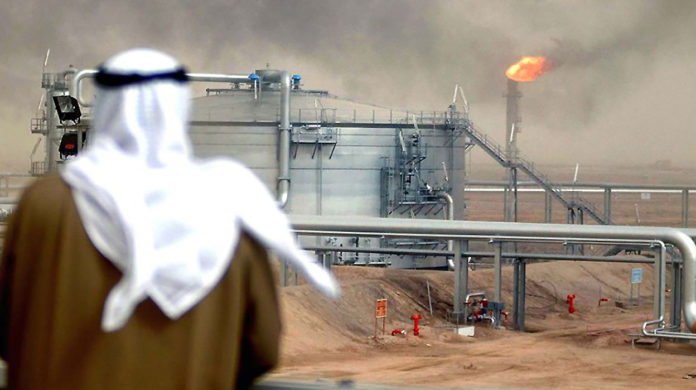 Can we bet on the plans of the Gulf Countries for development and economic reform? This question, undoubtedly, remains prominent and troubling with a record of historical experiences that confirm the lack of a serious reform process in the countries of the region despite the variant experiences among these countries.

Certain realities must be considered to determine the ability to achieve development projects and economic reform. Including, taking into consideration that the economies of the countries of the region depend on oil and its revenues to meet the obligations of public expenditure and the implementation of major infrastructural projects such as roads, water and electricity—not to mention the requirements of health care and education. In addition to these costly requirements is what governments are committed to. Most importantly, ensuring housing care, or more plainly the provision of housing and housing loans.

Within the framework of public spending in these countries is subsidising electricity, water, food and consumer goods. Governments support their citizens in the expenses of marriage and other financial burdens. The principal obligation of the public expenditure system is salaries and wages. Government departments provide employment to the majority of citizens flowing into the labor market in government agencies or public-sector institutions.

Of course, the obligations mentioned above vary from one Gulf country to another. Nevertheless, it can be argued that the economic management approach is almost consistent among these countries. Now that oil prices began to stabilize relatively and exceeded $80 a barrel mid-May 2018, can we see prudent and wise fiscal policies in the Gulf Countries? We are used to disregarding reform policies after every improvement or rise in oil prices.

Gulf Countries went through periods of declining oil prices at record levels. In the mid-1980s, a barrel price fell below $10 and towards the end of the 1990s, the rate dropped to $11 as well. These problematic situations failed to change the adopted policies of economic rent, and governments go back to their commitments to expenditure programs based on the philosophy of welfare and care. These crises did not lead to restructuring of the economic system to enhance the private sector’s contribution to GDP and boost the participation of national employment in labor market. These two challenges, the contribution of the private sector and the role of national employment, are the most significant economic dilemmas facing the process of economic reform in the Gulf. Several Gulf states have probably tried to develop their economic structure by promoting the construction of non-oil vital enterprises and projects to diversify the economic base. Yet, should we expect these activities to represent possibilities to create oil-independent economies?

During the crisis of 2008, the banks in the Gulf region were exposed to massive debts borrowed by institutions operating in the oil sectors, real-estate companies, hotels, resorts, and some manufacturing companies, treasury’s oil funds were used to support the financial and banking institutions to avoid a likely financial crisis.

Many economic observers wonder about the extent to which the Gulf economies can adapt to the phenomenon of diversification after years and decades of relying on the philosophy of economic rent. Also, they question the issues of comparative advantage of several activities where the Gulf countries lack national trained labor and the necessary raw materials, especially for non-oil industries, as well as the weak and limited domestic markets. In addition to the liberal social value system that tourism projects require, there are doubts about the tourism attractiveness of these countries in the context of the restrictions and harsh climate.

There are still possibilities for the development of oil-based manufacturing industries. Projects for multi-petrochemical industries, distilleries, and refineries have been completed. Gulf states have been able to export the products of these industries to many customer nations, although specific products such as the petrochemical products still face protective constraints in the EU and in other countries. These industries can develop and benefit from the available technological transformations. Also, the countries of the region should intensify their negotiations with other consuming countries and the World Trade Organization to overcome all inconsistent procedural and tax impediments with the international trade systems agreed upon under the GATT and its subsequent agreements. Exports of these industrial products, however, have not been able to parallel the revenues of these countries from the sales of crude oil.

The fundamental question is how can the Gulf countries move from economic rent to productive economy, which depends on the available professional capabilities and the economic data in the Gulf Countries? It is not going to be an easy endeavour because of the established economic situations that are based on effective and dominant role of the state. The private sector is now dependent on public expenditure, and its operations are mainly reliant on foreign labor.

Some think that there are Gulf countries that have adopted the course of reform over the past few years, and they still work to build economies with a diverse base. These include Saudi Arabia, United Arab Emirates and Oman although the processes of structural reform vary from one to another. Nonetheless, there are objective constraints that require confrontation, such as the feasibility of non-oil economic activities to succeed or gain relative advantages. Can we accept the current assertions that there are possibilities to revitalize the tourism sector and attract visitors from neighboring or distant countries? It is known that the success of tourism in a given country has specific requirements such as the availability of historical attractiveness, i.e., the monuments; the country’s religious value that attracts visitors to its sacred places; or even the country’s natural attractions such as mountains, beaches. Apparently, Saudi Arabia has benefited from the existence of the two Holy Mosques in Mecca and Medina, and it attracts visitors during the seasons of Hajj and Umrah. It certainly earns significant incomes for people in business, including the owners of hotels and residential buildings in the two cities, as well as store owners who sell goods and commodities that attract pilgrims. Saudi economists confirm that pilgrimage revenues during 2017 reached approximately 26 billion Saudi riyals ($6.7 billion), which represents only 1 percent of Saudi Arabia’s GDP.

The UAE has successfully attracted tourists—especially to Dubai—through exhibitions, resorts and the development of appropriate infrastructure. Nowadays, Dubai attracts a massive number of visitors interested in exhibits/galleries and shopping, or participants in regular conferences and other tourist activities. The World Travel and Tourism Council estimated that tourism contributed 18.7 billion dollars to the UAE’s GDP in 2017, which represents 5.2% of the country’s GDP. Dubai alone received about 15.8 million visitors in 2017. Saudi Arabia, the UAE, and perhaps other countries can employ the tourism sector in useful ways. Yet, can tourism be an alternative for the revenues of the oil for the economies of these counties? Such hypothesis cannot be accepted.

Given the limitations facing the Gulf countries, it is crucial to adopt a balanced reform philosophy where these transformations must be achieved according an appropriate timetable. It is also essential to focus on the importance of building economies based on science and technology, which necessitates the need to develop the education system for providing outcomes that enhance the role of national workforce in the labor market. These educated, and technically/professionally qualified workers can develop several economic activities with comparative advantages that can steadily increase their contribution to GDP over the coming years.

The Gulf Countries face the principal challenge of adopting a different economic philosophy that aims at structural transformation over a given, specific period—a philosophy that is not influenced by either the positive or negative situation of the oil market.