UAE: Human Rights Regression and the Need for Reform 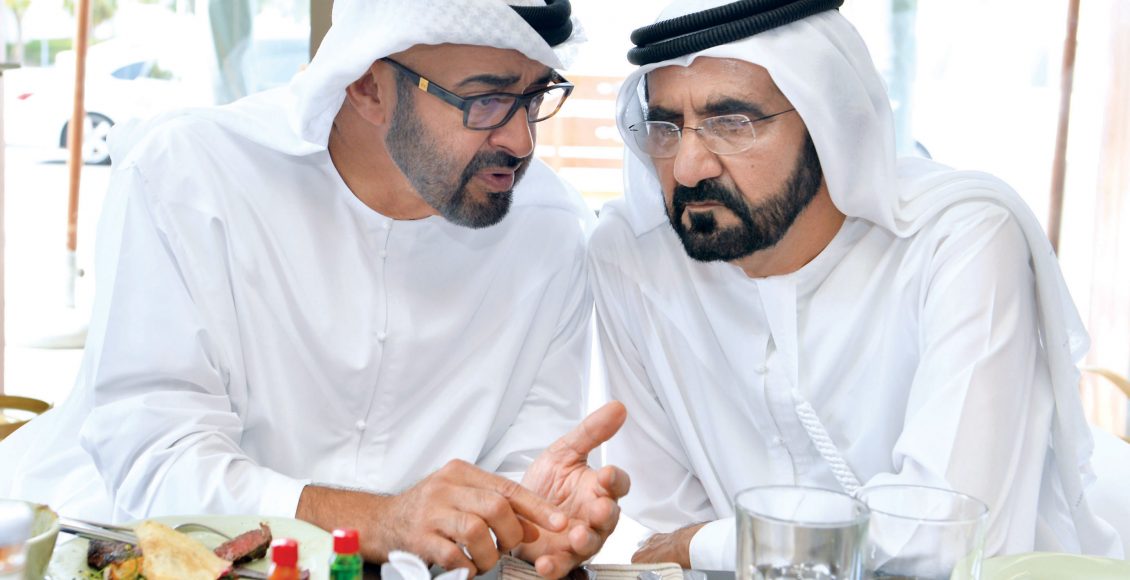 Since its establishment, the United Arab Emirates has worked on exporting a unique federal development model in the region.

Observers finds it very difficult to explain the harsh transformation in the rights of freedom of opinion and speech and the frightening change to become a security state.

It is always better going back than continuing the unnecessary violence that harms the reputation of the country. First step is to release prisoners of freedom of speech.

Since its establishment, the United Arab Emirates has worked on exporting a unique federal development model in the region. The late Sheikh Zayed bin Sultan, the founder of that model, was known for his wisdom, patience and benevolence for those at home and abroad. The foreign policy at that time was bases on conciliation or neutrality in the conflicts and friendly relations with everyone which earned the UAE a respectable reputation for decades.

Barely nothing was mentioned that would ruin the prominent reputation it gained. Despite the fact that the political leadership in the state at later periods reneged its promises of democratic transformation and parliamentary representation, the claims remained present in the interior but they did not trouble the local authority or attract international criticism that would disturb the federal state. We are not here to talk about the retrogression but the political and human rights observers in the UAE will notice that prominent changes have occurred since September 11 and the death of its founder. Those changes are represented in the big role the security services are playing in the internal and foreign policies.

Therefore, extensive arrests were executed by security services among youth group who belong to Salafi-jihadist movement using all kinds of excessive force, helicopters alongside with raids and arrests of wanted people. Observers of the local affairs concluded that all of this is due to the fact that one bombers of the twin towers of the World Trade in New York could be from UAE. This permits the authorities to strike with an iron fist and to show a strict attitude of support to its great ally, the United States of America.

Not many people heard about the arrests and disappearances that happened at the beginning of the first decade of the new millennium because the internet was not popular in the region. What is more, the directed media broadcasts things that reflect the official authority opinion which was all about praising the authority and hiding any kind of international or organizational criticism.

The change began when the Internet spread widely in the community during the middle of the first decade of the new millennium. Adding to that, blogs and even the evolution of mobile phones into smart phones have made the authority control over information weaker as access to the information became much easier.

This information openness has helped a better understanding of new concepts in the region. Human Rights could be one of these concepts which took much room during that technological boost. Therefore, we began to notice even wider use of several terms such as ” Human rights” , freedom of opinion and speech” ,” political and Civil rights” and other more terms.

While the UAE was mostly criticized for the condition of the foreign labour, criticism has widened to include freedom of opinion and speech, the right of peaceful protest, the right of political societies and unions establishment and also some individual cases of arbitrary arrests, enforced retirement and the exclusion of some individual of positions in certain sectors. Other cases that has been also raised are the Bedon ( no-citizens) and the political and democratic participation. When Arab Spring started, UAE witnessed serious changes in both quantity and quality. Human rights criticisms has not been focusing only on foreign labour conditions but exceeded to involve other serious cases of arbitrary arrests, disappearances, physical an psychological systematic torture and political trails that lack the minimum standards for fair trails. in addition, a lot of criticism has also takes account of the lack of freedom of opinion and speech which can be the worst case in the whole region.

Such attitude was not necessary in the reputable and youthful UAE. Observers finds it very difficult to explain the harsh transformation in the rights of freedom of opinion and speech and the frightening change to become a security state represented by security measures in dealing with all problem of politics, human rights, society and even culture. UAE has never had rallies or any signs of unsetting. instead, citizens who called for political reforms, wrote a very polite letter addressed to the political leadership in the country asking for election of a national council (Parliament) by all the citizens through direct voting while giving full legislative and oversight powers as in other parliaments in as democratic countries as stated in the country’s institution which encourages to move forward to an integrated parliamentary and democratic system. Those calls are very humble ones compared to what was called for in the GCC countries such as Kuwait, Bahrain, Saudi Arabia and Oman. Some citizens of these countries called for parliamentary constitutional monarchy. However, the dominant security authority in UAE has decided to deal with all these calls-which are logical and legitimate- differently while there are no serious threats.

It is always better going back than continuing the unnecessary violence that harms the reputation of the country. As I see it, the first step of going back to sense is to release all prisoners of opining, close the security secret prisons and establish an independent commission of inquiry to deal with all claims of torture which were confirmed by international and UN reports. Justices should be applied for the victims and all necessary measure should be taken both in terms of implementation and execution to prevent similar incidents from happening in the future. All legislations that restrict the freedom should be repealed or stopped applying until they are adjusted to match related international and regional agreements with the reform of the judicial system and the cancelation of special courts and make litigation on to degrees, trail and appeal then cassation. Yet, all of this is not possible without the presence of true political will that is willing to control and observe the security services and legalize their work under certain framework to serve the objectives which they were created for in the first place and to respect other authorities and the genuine rights of the people.