What does the success of the Saudi woman in the municipality elections mean? 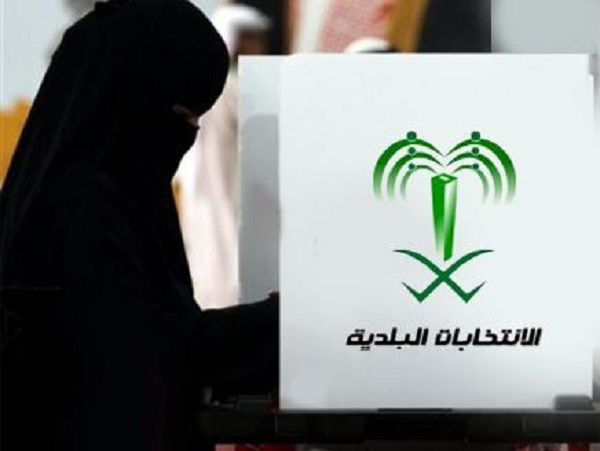 If the necessary powers were given to women to be involved in municipality services, they are bound to excel because of their natural attention to details.

The participation of women in the municipality councils as candidates and electors represents a historic achievement for the Saudi woman.

This question has been proposed to me on more than one occasion during the current round of municipality elections, in which the Saudi woman is participating for the first time as an elector and candidate. However, to answer this question I will propose another question that the readers can relate to more: What does the success of the Saudi man in any aspect mean?

No doubt that success is attributed to many factors, which I will outline here starting by the least significant to the most significant ones, at least in my point of view which I cannot impose on anyone.

There is the environment surrounding him, including that of his work. There is also the support he receives from those around him, the knowledge and skills he gained, his motivations to succeed to secure materialistic or non-materialistic gains, and there is his own efforts and labour. Finally, there is his mother, the most important factor of them because the success of any Saudi man indicates that he has a great mother who taught him the value of success and paid attention to all details of his life significant or trivial. She paid attention to the psychological details before the physical ones until he became the man he is: successful, determined, respectful, and settled. Those fine details, which can only be noted and honoured intentionally or spontaneously by the mother, leave despite their simplicity immense impact on her children’s development and performance.

And by referring to details of bringing up, I have also to highlight the details of the man’s family, house, town, and city. The picture might become clearer if we agree that the woman is naturally more attentive to details than the man, who by nature is less likely to pay attention to issues such as house decorating, the cleanness of the town or the integrity of its buildings and the beauty of its parks.

Let’s assume that a man invites his colleagues to his house, we find that his attention is most concentrated on the type and quantity of the food. On the other hand, the woman will pay attention, in addition to food, to the presentation of the food, the plates on which it’s serviced, the cleanness of the house, and the furniture- she might even consider buying new furniture and additional accessories. Then she might direct her attention to cleanness of the house, the keeping of the garden- she may decide to repaint the house internally and externally. Finally, she may even consider postponing the invitation all together if there were road works close to the house.

The differences between the interests of the woman and the man don’t boost the woman’s position nor do they make the man less important. Instead, “Every man is prepared for what he has been created for” and both can be creative if they direct their efforts towards their natural interests. And that is exactly why I think that if the woman is to be given the necessary powers to perform municipality duties she will be innovative thanks to her natural interest in details and beauty and her hard work to achieve what she desires regardless of how trivial it might be from the man’s point of view.

The doubts raised about the Saudi woman’s success in this field are centred on four main points. The first point is the public frustration with the municipality affairs departments and their services, and this is something we cannot hold the woman accountable for because she wasn’t part of these services before.

The second point is that the participation of women in this field violates the Sharia law, and this is a point I will not give attention to because it is not based on evidence nor logic. The third point of doubt cites the impact of the woman’s participation in the Saudi Shoura Council and it is noteworthy here to highlight the Protection from Abuse Law, which remained for years ignored and didn’t see the light until the female members of the Shoura Council adopted the law to protect women and children. Naturally, This law wasn’t a priority for the male members of the Shoura Council. There are also other important files relevant to the wellbeing of the society and its development but they weren’t given the permission of the chairman of the Shoura Council to be discussed, debated, or voted on by members such as the harassment file, women driving, and other files. And that’s why when I refer to powers I have to stress on their importance to ensure women are able to active and are treated with fairness.

The fourth and last point within the context of this article is that the unsuitability of nature of the municipality work for women such as field work, dealing with government department and to this I say men in this field don’t have an extra leg or hand therefore give women the room, get rid of obstacles, and treat her with acceptance and respect then let her decide whether the task suits her nature or not.

The Saudi woman has struggled and succeeded in many fields despite the obstacles and all she needs today is the confidence and opportunity, which have been given to other women in the world, to overcome these obstacles.

The participation of women in the municipality councils as candidates and electors is indeed a historic turn for the Saudi woman and the country towards a civilized renaissance and a more balanced society towards which both men and women contribute. As usual, one can expect those who are used to marginalizing women, limiting their role, and making decisions on their behalf, are likely to put obstacles on their path to successfully participate in the elections. However, despite this the Saudi woman was able, with her determination, to overcome the obstacles she encountered in the first two stages of the elections- the registration of electors and the registration of candidates- and she will continue her mission with all that she has regardless of how small it might be.