The Controversy over Observing Elections in Iran 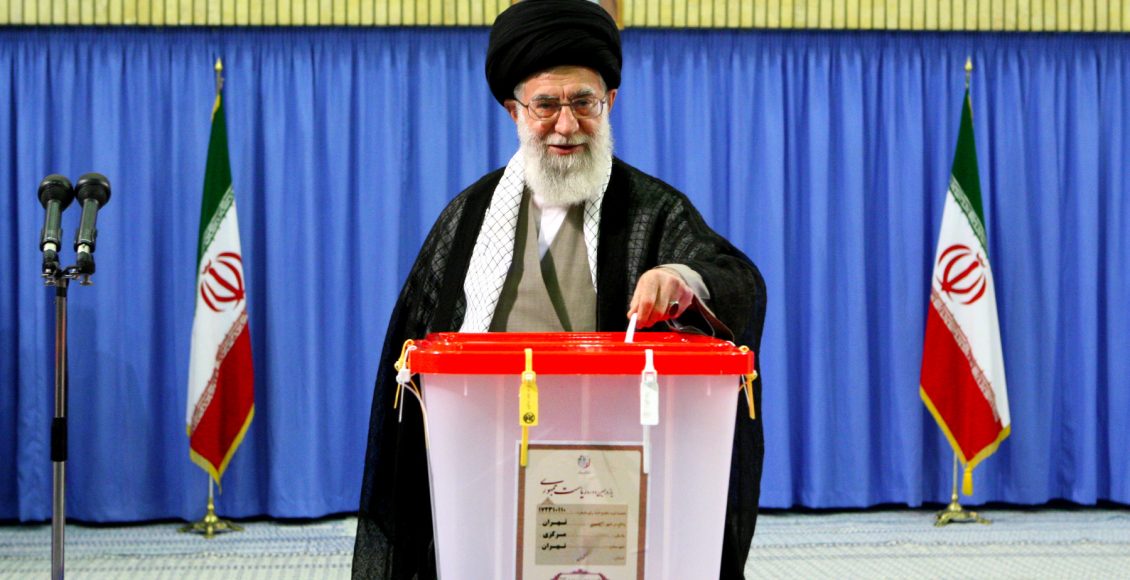 As the date of holding the Parliamentary and Council of Experts elections approaches in February 2016, political parties raise several debates about the mechanism of considering the eligibility of the candidates, especially that the Guardian Council charged with approving the standing of candidates for elections sticks to a Constitutional Article, which, the council says, grants it the right to reject those who sees ineligible to participate in the elections.

On the other hand, the Government says it is responsible for holding the elections and that the role given by the Constitution to the Guardian council is limited to supervising the election stages only, while retaining to stand up to the possible Constitutional violations.

Article 99 of the Iranian Constitution stipulates that “The Guardian Council has the responsibility of supervising the elections and the direct recourse to popular opinion and referenda.” During the first 15 years of the Islamic Republic system, the Guardian Council used to supervise the way of holding elections that were exclusively organized by the different governments in all the Republic’s phases; registering candidacies, considering the eligibility of candidates, holding elections and counting votes. However, the council launched in 2002 the project of “approbatory supervision”, meaning that the council has the right to reject the eligibility of some candidates in case it deems this action right. The council says it is not obligated to respond to any protest from the governmental bodies and that it neither rely on evidence of the Intelligence Ministry and its bodies nor on those of the jurisdiction while exercising this right.

This supervision developed within the past years as the Council granted itself the right to withdraw the eligibility of the candidates even after electing them and exercising the membership right in the Parliament. This took place amid an ambiance in which the conservatives could completely control the governance as the conservative president Mahmoud Ahmadinejad arrived to the power.

Several years after these developments and with the return of the reformists to the ballot boxes, those who oppose “the approbatory supervision” are raising controversy again; Hassan Rouhani, the president, said that the executive commissions are to look in the eligibility of candidates and that the Guardian Council does not have the right to do so.

The reformist leader, Hossein Ansari-Rad, went further through sending a message to the Supreme Leader of the Iranian Republic in which he asked him to launch a “national conciliation”, cancel what he describes as the clear supervision of the Guardian Council and release the political prisoners.

Despite this, the political and academic activists in Iran and abroad launched a campaign calling to cancel this supervision, because, as they mentioned in a statement under their names, the supervision represents a basic condition to hold fair and transparent elections that pave the way for citizens to take part in the country’s governance.

However, no matter the reasons of promoting this supervision were, the country is heading to an important phase after the abolition of all international sanctions and with an unprecedented opening on the west, in particular, the United States of America. The composition of a Parliament that ensures the maintenance of this agreement is considered vital to the reformists who worry from the growth of the conservatives’ role and the possibility of returning to the square one through instigating conflicts with the west. The nuclear achievement enhances the chances of the reformists after they decided to return to the ballot boxes after several years of boycotting. This urges the reformists to steadfast in front of the Guardian Council’s decisions although they do not have a mechanism that enables them to force this body to change its decision, since this council is not subjected to any of the governance’s bodies but to the Supreme Leader. However, the experience of returning to the streets to pressure on the authority proved to be a failure in front of suppression that was reused by the authority after 2009 elections.

Indeed, it is true that any election needs someone to look into the legal eligibility of the candidates in order to guarantee good governance and the arrival of capacities that ensure the growth and prosperity of the country, nonetheless, the party that should be charged with this mission has to be neuter or emerge from an electoral mechanism specified by those participating in the elections.

Iran’s former electoral experiment revealed that the council consists of six members appointed by the Supreme Leader and six others nominated by the judiciary who all belong to what is known as the conservatives, fundamentalists or right-wing. Thus, the reformists and other candidates, who are more extremist than the reformists, find themselves in front of an open conflict with the Guardian Council in order to allow them to take part in the elections; this has been an ongoing conflict since the council seized the mission of deciding the election from the Parliament.

As the reformists’ role degraded for compelling reasons, there are no positive signs that enable them to take back the mission of supervising the elections in all its phases. In such atmospheres, the Iranian voters see themselves in elections that are limited to certain types of candidates who barely pass through the scrutiny of the Guardian Council. Despite this fact, Iran brags for holding more than 30 electoral processes since it established its system in 1979, which it considers a credit to what the regime calls “the religious democracy”.

The Arab-Iranian Disputes and their Ignition to Racism