The Hashemite Kingdom of Jordan and the GCC Countries: Among Aids, Trade and Monarchies 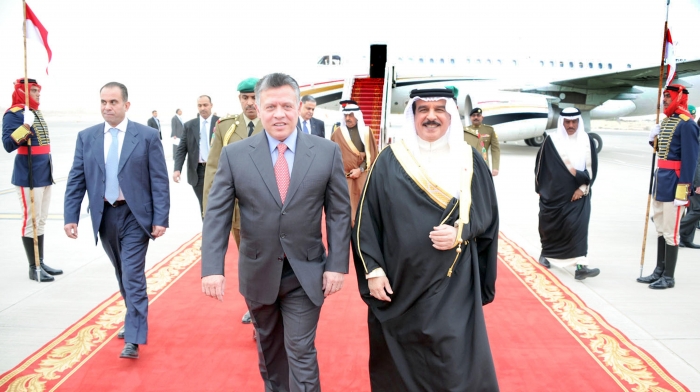 According to the fact that usually Arab aids are given through grants, they do not carry conditionalities but for a general aim to stability of the area

Moving from an economy monopolised by oil exporting to a knowledge-based  economy seems to be the new aim of the Gulf countries, and Jordan proved to be a reliable partner in this process.

Gulf development aid and assistance to Muslim as well as non-Muslim countries has long roots in the past. Nonetheless, upheavals in the Arab countries since 2011 have sharpened and focused aids linking them, more than ever, to politics and economy in order to steer the path for the new regional order and stabilisation.[1]

Fast rise in oil prices from 1970 created a fertile humus for migration into exporting countries in order to feed the hunger of workers needed to sustain Gulf demands. Thus, especially during 70s and 80s – but Palestinian migration was notable even far before – Jordan became a major sender of high skilled workers to the Gulf.[2] The incredible peak in global oil prices during the 70s represented a key moment in defining Gulf countries strategic role into the international economy. However, the world today imposes a net diversification of geo-economic interests.

Approximately 605,000 Palestinians and Jordanians were working in the Gulf before the 1990 crisis. Kuwait could be taken as a representative sample of the situation. In 1989 Arabs were 59% of the all migrants population; in 2001 the percentage dropped to 45%. The reason of this change is easily understandable being the majority of them Palestinians/Jordanians. Jordan bet on its highly educated citizens as a export resource for the country development following a panArab view promoting economic integration of Arab countries.[3] On the other hand, GCC market system is deeply reliant on expatriate labour.[4]

Noteworthy is the peculiar ratio of expatriates living in the UAE, especially in Dubai where only 15% of the population are citizens. Natural consequence of this proportion is a flexible workforce and a light burden on the educational system of the country that do not need to educate its people in order to meet market demands. Dubai simply buys its workforce. According to the fact that workers are a tradable commodity, Dubai imports ready-to-employ educated workers; and Jordan invested on this market since the 60s. Dubai, for demographic and geographic reasons, has a tiny home market so that it naturally expands itself to the international and regional ones.[5]

Examples of the deep financial connection between Jordan and the Gulf countries are numerous. Sizeable grants from the GCC helped the Central Bank of Jordan to reduce its current account deficit and restore trust in 2014.[6] About 85% of aid given by Saudi Arabia, Kuwait and the UAE is bilateral. It is quite transparent the link between aid and strategic purposes, being them diplomatic, commercial or religious. Arab solidarity is among the goals pursued and in so doing is definitely on tune with Jordanian promotion of economic integration of Arab countries. According to the fact that usually Arab aids are given through grants, they do not carry conditionalities but for a general aim to stability of the area.[7] Jordan stability is a bulk in the regional equilibrium and it carries economical, political and strategic factors for the GCC area.

Moving from an economy monopolised by oil exporting to a knowledge-based[8] economy seems to be the new aim of the Gulf countries, and Jordan proved to be a reliable partner in this process. An important indication of the course of Arab aids may be found in the Saudi Fund’s charter[9] that has been emended in 1999 from the unique scope of helping developing countries to sponsor Saudi export.[10] Recently, a new tendency is readable in the Gulf aid practices: financing concrete projects is preferred to a pure cash transfer. Infrastructures and constructions, in particular, are flourishing sectors where Gulf companies gain high profits and benefits.[11] Jordan real estate market in this sense is highly receptive. Saudi Arabia pledged $5 billion aid package to Jordan as well as opened the way for GCC membership to Jordan in May 2011. Jordan welcomed the flood of investments in infrastructures, hotel chains and water and energy sources improvements coming from the Gulf countries. Examples of what has been labelled by Anders Gulbrandsen “business diplomacy”[12] referring to Qatar’s foreign policy are evident in Jordan and model the Khaleeji way of aid and development policy. Qatar’s foreign policy moved from reticence to assertiveness throughout two powerful tools: business investments and media communication (Al Jazeera). Amman-Doha relations have never been warm but, at the same time, they remained always opened due to strong economic ties among the two countries. Qatar benefitted from Jordan moderate position in order to loose tensions with its fellow Gulf neighbours for its open support to MB and demonstrate that Qatar was not isolated among Arab countries.[13]

Even if Jordan can not be included in the countries run over the so called Arab Spring, it has received and will welcome generous sum of money from the GCC, without taking into account contracts and deals signed by private companies. Profits are not the lead drivers of Gulf aids, “rather, Gulf investments and aid allocation are more politically driven and are meant to invest in the political stability of key Arab actors and friendly regimes.”[14] According to this, Saudi Arabia allocated $10 billion to Jordan, specifically to address the increasing influx on Syrians at the beginning of 2013.

Geo-strategic pivot running Gulf investments surfaces from countries allocation of aids. It is revealing that Tunisia, the quintessential “Arab Spring” country, was allocated far less money than Jordan, Morocco or Oman. Two main reasons might be adduced in order to explain this puzzling contrast. The first one is purely strategic and regards Jordan and Oman in particular: Saudi Arabia cannot militarily afford to open a new front on its borders. Yemen disclosed a complex and long-term resolution scenario for Saudi Arabia so that stability of northern and southern-east area of the Arabic peninsula is fundamental to the Gulf as a whole. The second one is driven by political and ideological support to fellow monarchical regimes legitimated by religious and tribal ancestry.

According to 2011 studies (Sambidge, 2011), Saudi Arabia is Jordan’s top investor commercial partner with more than $3 billion of total trade, 24.2 percent of Jordanian imports came from the GCC during 2010 and 18.4 percent of its exportations went to the Gulf. Highly educated Jordanians already work in the Gulf and this trend will continue as far as it is an important path of integration among Jordan and the GCC markets. A wave of investments arrived in Jordan during the last twenty years with an acceleration after 2011. Moreover, Jordan enjoys numerous free-trade agreements and could be a convenient hub for GCC products to be sent, for instance, to European, Chinese or U.S. markets. Jordan market as well has positive features that are beneficial and familiar to Gulf investors.[15] Gulf investments in Jordan have twofold aim. On one hand it strengthens economic ties among the region and branches out oil-economies boosting their regional and international market outreach. On the other hand it helps Jordan stability giving some fresh air to its economy and appeasing reforms demands.

In addition to this, “the GCC might be compensated for its economic assistance by having an easier access to Jordanian intelligence and security forces.”[16] Gulf countries have high technological military equipments but lack of skilled military forces. Jordanian army, its famous intelligence services and the numerous high level training camps present in the territory are a Jordanian asset extremely valuable for GCC countries.

The Hashemite Kingdom represents a close heaven for Gulf economies for several reasons. Jordanian economy needs energy sources and investments in infrastructures from roads to water plants. It is a beautiful country, famous for its archaeological and naturalistic sites that enjoys a durable stability and security since its inception. Luxuries hotels hosts guests from all over the world but, as it is a Muslim country, they are a friendly environment for visitors from the Gulf. It is common to see Dubai or Saudi cars in Amman crowded roads during Ramadan holidays. Benefits for the Gulf countries  coming from its policy of aids towards Jordan are several. According to what have been said in this article, they go from the geo-strategic stability of the region to investors profits, from high skilled workers to a Muslim heaven for holidays just beyond the border.