Yemen: a war without end that can and must be stopped 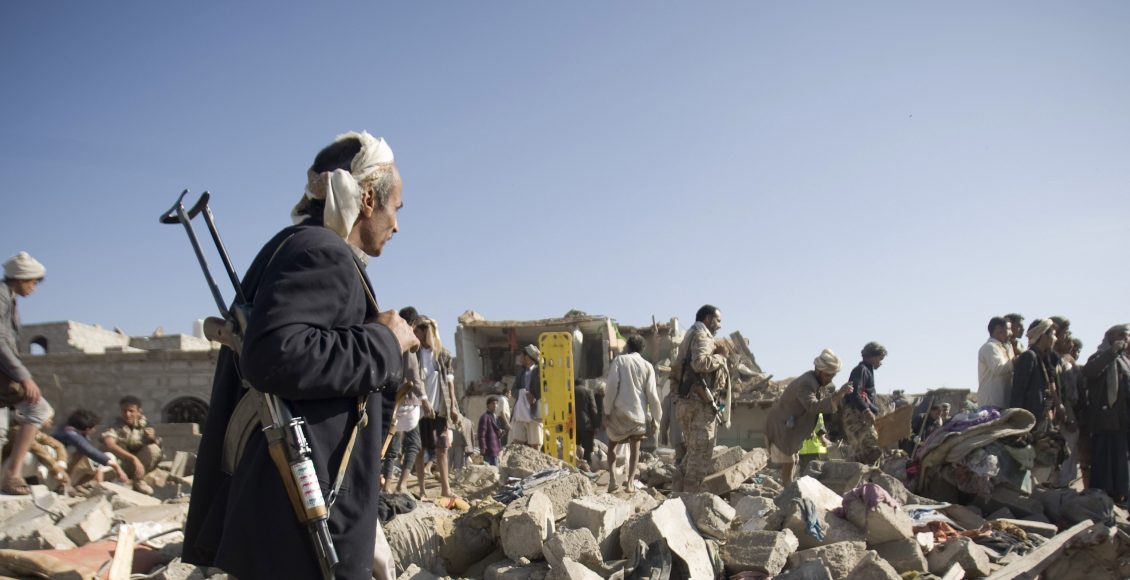 I recently attended a seminar on the war in Yemen, sponsored by an Oxford based think tank OxGAPS. It was aptly titled “Yemen in crisis: past, present and future.” The war that is now more than two and a half years old has destroyed essential infrastructure, left more than 10,000 dead, -many of the victim civilians – seen 700,000 afflicted with cholera and left millions underfed and facing starvation.

It is true that Yemen has had a difficult past, but its present is unbearably painful for the Yemeni people. And the future? It is catastrophic unless the world wakes up to the humanitarian disaster unfolding in the Arabian Peninsula.

No just cause should be diminished by comparing it unfavourably to another. However, on my twitter feed, reports of the appalling treatment of the Rohingyas jostle with Donald Trump’s latest outrageous statements, the rise of neo-Nazism and the possibilities of nuclear war with North Korea.

But where is the coverage of and the concern for Yemen?

Let me say immediately that I hold no brief for the Houthis and their erstwhile ally the former president Saleh. The Houthis have targeted civilians with large and small rocket fire. They have used starvation as a weapon of war, holding up shipments of humanitarian aid at the Red Sea port of Hudaydah. Saleh and his remnant army are equally vicious and equally culpable.

As the country continues at war, fighting forces fragment into new local, regional and tribal militias at a dizzying speed. In the south, Al Qaeda plays a waiting game, preferring to withdraw when threatened rather than provoke direct conflict. The United Arab Emirates, part of the Saudi led coalition, has staked out a significant military presence and a standing claim, once the war is over, to a significant say in the future of Aden and the other southern governorates. With support from the Emiratis, some of Hadi’s own ministers have broken with him and are calling for an independent South Yemen.

And in the skies above, coalition jets, led by the Saudis continue to pound and pulverize a population already brought to its knees. The Saudis insist that their only targets are military, that they take great care not to hit civilian targets. But the facts make a grim mockery of those claims.

A draft UN report in August 2017 noted that coalition raids in 2016 had killed at least 349 children and wounded more than 330. No less reprehensibly the Houthi and Saleh forces were held responsible for the deaths of 209 children and the wounding of more than 500.

On September 19, the office of the UN Commissioner for Human Rights released even more chilling data: “The total number of civilians casualties we have verified since March 2015 stands at 13,920, including 5,159 people killed and 8,761 injured. The actual numbers are likely to be far higher…coalition airstrikes continue to be the leading cause of civilian casualties, including of children.”

Saudis of my acquaintance complain bitterly and with some justification that the Houthis and Saleh get a free pass in western media. To which I can only reply that when you rule the skies with overwhelming force, when you purchase bombs and take logistical support from your friends and allies America and the UK and when those bombs kill innocent civilians, destroy water purification plants and electricity grids and when you, one of the richest countries in the world, are bombing one of the poorest well then be prepared to take brickbats.

As the seminar made abundantly and depressingly clear there is no end in sight for this dreadful war, because as one participant put it “all the various players believe they can win.”

There is too, as in any war, and particularly one that is stagnating as Yemen’s is on the frontlines, a lucrative black economy at work. A great deal of money is to be had from the weapons trade, from the selling of food and medicine intended as humanitarian aid, from the illicit trade in hydrocarbons, and from port duties and local “taxes” collected by armed militias.

The internationally recognized government of Abdrabbuh Mansur Hadi has effectively collapsed. The central banking system is in utter disarray. The capital Sanaa remains, as it has since before the beginning of the conflict, in the hands of the Houthis.

And though the United Nations Security Council passed resolution 2216 calling for an unconditional end to the fighting in 2015, the language of the resolution was couched in such a way as to place much of the blame for the war on the Houthis. The council “demanded that the Houthis, withdraw from all areas seized during the latest conflict, relinquish arms seized from military and security institutions, cease all actions falling exclusively within the authority of the legitimate Government of Yemen and fully implement previous Council resolutions.”

The Houthis see that as unconditional surrender. Having fought the Saudis and their coalition colleagues to a virtual standstill, and happy, apparently, to see the suffering of civilians continued, they have balked at every effort to work towards a peaceful outcome.

The war has taken Yemen by the throat. The Houthis won’t let go. The various local and regional militias that have sprung up as central authority disintegrated will not lay down their arms. Saleh still deludes himself he can return to power. Hadi, supported by the Saudis, clings on to what little power he still has.  The UN is stuck on resolution 2216. And certainly Al Qaeda and the remnants of ISIS will keep the fanatical fires of violence burning.

Who then is left? Step forward Mohammed bin Salman, the Saudi Crown Prince and defense minister who more than any other is responsible for the air war. Privately it is said he wants a way out of a war that he entered with the misguided notion it was one in which he could achieve a quick win and thus burnish his credentials as a warrior prince.

Clearly that win has not and will not come. So given the hundreds of thousands afflicted with cholera, a preventable disease, given the horrific level of civilian casualties, given the cost of the war to the Saudi economy (estimated to be running at $1 billion a month) and given that he really needs to get his economic revolution, Vision 2030, underway and that the war is dragging it down, surely now is the time to declare a unilateral cessation to the bombing campaign.

It will be said that Saleh and the Houthis will simply take advantage to reinforce their positions. True, but if they are the ones who continue the war, then they, not the Saudis will carry the opprobrium from the international community for doing so.

It will require a degree of maturity, an acceptance that some face may be lost but surely that is a small price for Mohammed bin Salman to pay. He, the most powerful Saudi royal since Ibn Saud, the kingdom’s founder, has it well within his grasp to stop this dreadful, devastating war of attrition currently being inflicted upon the Yemeni people.

Now is the time for him to do so.