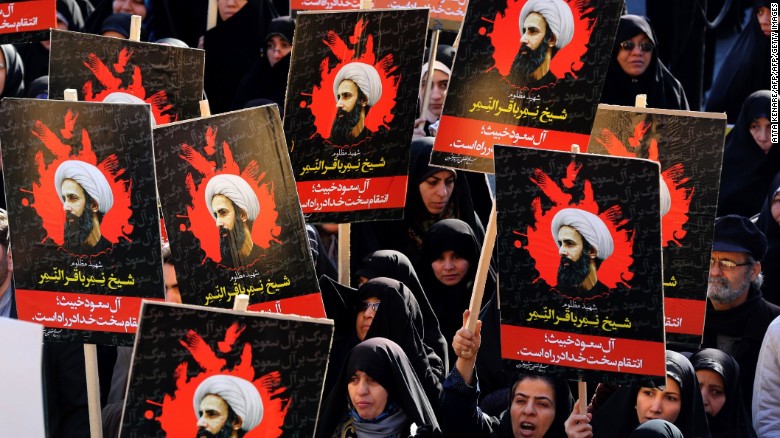 The latest plummet in Saudi-Iranian relations, spurred on by the ransacking of the Saudi Arabian embassy in Tehran by a group of protesters in reaction to the execution of Saudi Shiite opposition cleric Nimr Baghir al-Nimr in January, while indeed alarming, represents nothing particularly new in the tempestuous geopolitics of the region. Inter-state relations of the Middle East have been subject to ubiquitous ebbs and flows more or less since the modern state system was adopted there, stemming from a plethora of causes and origins. Some examples include the unsettled relations between Iraq and Saudi Arabia over the last few decades, with the latter only reopening its embassy in the former last year after a 25-year rupture; historically turbulent relations between Turkey and some of its neighbours including Iraq and Syria, partly as a result of the former’s role and assertive foreign policy in the region; [1] and – within the Gulf Cooperation Council (GCC) itself – Saudi Arabia, Bahrain and the United Arab Emirates’ withdrawal of ambassadors from Qatar in 2014 due to the latter’s purported threat to the security and stability of its fellow GCC member states, to be re-instated after a period of nine months.

Most of these diplomatic rifts occur between states that share common histories, cultures and religions and, to varying extents, respectively seemed to signal the brink of diplomatic ties at the time. More importantly, all of these phases of strained or estranged relations, perhaps with the exception of Syria and Turkey at present, have eventually been positively re-evaluated as a result of shared interests, expediency and political and economic pragmatism. When one considers the current dispute between Iran and Saudi Arabia, there is no denying that the stakes could not be higher at the current point in time. The region is on fire, with seemingly intractable disagreement between several of its states, as well as destructive state and non-state actors contributing to humanitarian catastrophes and pushing several of these countries ever-closer to failed status. The relative fall of oil prices is exerting financial pressure on even the most steadfast economies of the Middle East. And the increasingly sectarian tinge adopted by swathes of fighters involved in the extant proxy wars, as well as within even previously moderate portions of the region’s publics, translates into a chilling state of “intensification of identities”, where religion and ethnicity play a far more prominent role in determining social and political interaction than in the past. [2] Finally, the considerable hard and soft power that both Iran and Saudi Arabia wield in the region, along with the deep entrenchment of their polarised positions from their respective domestic structures to regional objectives, all give a bleak reading of the potential for constructive bilateral ties.

Nonetheless, it can be strongly argued that, just as with other disputes between the region’s states, which at some point seemed very well permanent, there may be prospects for more peaceful days ahead. While the gulf between them remains wide, there seems to be growing recognition on both sides of the divide that not only would further escalation of tensions between the two powers lead to a perennial security deficit, but also that bilateral cooperation would likely result in enhanced regional stability. [3] This sentiment has been echoed by top diplomats in both countries, with incumbent Iranian officials for example claiming that improving ties with Gulf neighbours is a top priority on the policy agenda. [4] What is missing however is mutual trust and a framework for rebuilding the relationship that would inspire commitment from both sides. It should be noted here that Saudi Arabia and Iran have severed ties three times since the establishment of relations in 1929, only to be brought back together for reasons of pragmatism and common concerns. [5] The scale of bloodshed and human suffering across the region at present coupled with the rising threat of terror groups and asymmetrical warfare make the prospect of détente more important than ever. Indeed, the culmination of the aforementioned intra-GCC dispute was attributed to the sensitive circumstances the region is undergoing and the need to present a united front. [6] Undoubtedly, the ideological and practical differences between Qatar and its Gulf neighbours cannot be compared to those that exist between Iran and Saudi Arabia; nevertheless, the concerns of security and stability in the region, as well as issues like long-term economic and environmental sustainability, are shared by all regardless of nominal disparities.

While many are currently engaged in fear-mongering over the supposed finality and existential dangers presented by the Saudi-Iran rupture, other pundits see it as the darkness before the dawn. [7] The political differences between the two are fostered mainly by instability in the Middle East; [8] common recognition of that fact in addition to shared efforts to promote an intra-regional security framework – or at the very least mutual understanding of each other’s security concerns – would effectively ameliorate the root cause of the conflict. This may seem implausible now, however one must recall that institutions such as the European Union and NATO include states that were once at bitter war with each other. These states may not agree on every issue, and internal rivalries indeed endure within the alliances; nonetheless, they maintain vital strategic cooperation and for the most part respect such differences for the greater common purposes of ensuring overarching stability, economic prosperity and the prevention of war. Such delineated frameworks could likewise be cultivated for the countries of the wider Middle East, and are in fact crucial for the region’s enduring sustainability. It is analytically and practically fruitless to predict impending doom when it comes to the current impasse between Saudi Arabia and Iran. There is nothing at all unusual about the prevalence of political crises and disagreements between powers in an undefined regional system, particularly considering the sensitive and unique set of circumstances present in the Middle East. Identity politics, rampant violent extremism and the role of external powers doubtlessly obfuscate the local climate and the potential for moderate, meaningful re-conceptualisation of inter-state relationships. Yet what must be continuously emphasised are the potential net benefits of envisioning and formulating a more constructive and mutually beneficial intra-regional arrangement.
_______________________________

[2] Abdo, Geneive, ‘The New Sectarianism: The Arab Uprisings and the Rebirth of the Shi’a-Sunni Divide’, Brookings, Analysis Paper no.29, April 2013, available at http://www.brookings.edu/~/media/research/files/papers/2013/04/sunni%20shia%20abdo/sunni%20shia%20abdo.pdf

[5] Keynoush, Banafsheh, ‘Saudi Arabia and Iran Need Each Other’, The Guardian, 6 January 2016, available at http://www.theguardian.com/world/iran-blog/2016/jan/06/saudi-arabia-and-iran-friends-or-foes

MA in International Studies and Diplomacy